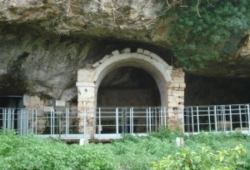 The Woman of Ostuni, the eternal Earth Mother

In a cave eroded and created by the sea you can discover the world’s oldest mother.The Woman of Ostuni is more ancient than was thought. The mother of all mothers, the world’s only example of a late Stone Age pregnant female, found buried in the Ostunese hills of Agnano, never ceases to amaze the people […]